Vancouver, British Columbia, May 2, 2019 - Ely Gold Royalties Inc. (“Ely Gold”) or the (“Company”) (TSX-V: ELY, OTCQB: ELYGF) is pleased to announce that on April 27, 2019, it closed its previously announced purchase of a 0.75% (three quarters of one percent) gross receipts royalty (the “Isabella Royalty”) on the Isabella Pearl Mine (“Isabella Pearl”) from a private estate (“the Owner”). Isabella Pearl is located in Mineral County, Nevada and is operated by Gold Resource Corporation (“GORO” NYSE American: GORO). Ely Gold paid the Owner a cash consideration of US$300,000 for the Isabella Royalty. (see Ely Gold press release dated October 21, 2019)

Subsequent to the Closing, GORO announced its first gold production at Isabella Pearl (see GORO press release dated April 29, 2019). As defined, the Isabella Royalty is payable on gross receipts and is not subject to any “commercial production” thresholds. Therefore, royalty payments will begin to accrue from this initial production. The first royalty payment to Ely Gold will be subject to the recovery, by GORO, of US$31,250 in advanced royalty payments.

Isabella Pearl contains Proven and Probable reserves estimated at 2,934,400 tonnes grading 2.28 grams per tonne, for 214,800 gold ounces. The current mine life is 4.5 years. These Mineral Reserves and production estimates are available in the “Report on the Mineral Resource and Reserve for the Isabella Pearl Project” dated December 31, 2018 http://www.goldresourcecorp.com/NV-reserves.php. Based on the early production start, GORO has stated that it expects production of 29,000 ounces of gold in the first 12 months of commercial production, increasing to 40,000 in year 2(see GORO press release dated March 26, 2019).

Trey Wasser, Ely Gold’s President & CEO commented, “This first producing royalty marks a significant milestone for Ely Gold Royalties. We must commend GORO for an incredible achievement in constructing Isabella Pearl and reaching production in just 10 months. As Isabella Pearl is fully developed and the other satellite properties are fully explored, our royalty interests could become significant assets for Ely Gold. Our shareholders only need to look at GORO’s track record of development and expansion in their Mexico operations to envision the future of their Nevada Mining Unit. With the GORO team again operating at such a high level, we believe that the market will now begin to appreciate the long-term value in our large royalty position in GORO’s valuable Nevada assets.”

Ely Gold’s purchase of the Isabella Royalty was the fifth transaction that the Company has completed in concert with GORO’s consolidation of its Nevada Mining Unit (see figure #2). These transactions highlight Ely Gold’s growth strategy of generating royalties, through property acquisition and consolidation, at or near producing mines throughout Nevada.

Ely Gold Royalties Inc. is a Vancouver-based, emerging royalty company with development assets focused in Nevada and Quebec. Its current portfolio includes 33 Deeded Royalties and 20 properties optioned to third parties. Ely Gold’s royalty portfolio includes producing royalties, fully-permitted mines and development projects that are at or near producing mines. The Company is actively seeking opportunities to purchase existing third-party royalties for its portfolio and all the Company’s Option Properties are expected to produce royalties, if exercised. The royalty and option portfolios are currently generating significant revenue. Ely Gold is well positioned with its current portfolio of over 20 available properties to generate additional operating revenue through option and sale transactions. The Company has a proven track record of maximizing the value of its properties through claim consolidation and advancement using its extensive, proprietary data base. All portfolio properties are sold or optioned on a 100% basis, while the Company retains royalty interests. Management believes that due to the Company’s ability to generate third-party royalty transactions, its successful strategy of organically creating royalties, its equity portfolio and its current low valuation, Ely Gold offers shareholders a low-risk leverage to the current price of gold and low-cost access to long-term mineral royalties.

This press release contains certain "forward-looking statements" within the meaning of Canadian securities legislation, including statements regarding the Company’s acquisition of the Lincoln Hill 1% Royalty relating to Coeur’s Lincoln Hill Mine Property, Coeur’s stated plans for further near-term exploration and development of the Lincoln Hill Property, and the Company’s outlook for the expected performance of its royalty and option portfolios. Although the Company believes that such statements are reasonable, it can give no assurance that such expectations will prove to be correct. Forward-looking statements are statements that are not historical facts; they are generally, but not always, identified by the words "expects," "plans," "anticipates," "believes," "intends," "estimates," "projects," "aims," "potential," "goal," "objective," "prospective," and similar expressions, or that events or conditions "will," "would," "may," "can," "could" or "should" occur, or are those statements, which, by their nature, refer to future events. The Company cautions that Forward-looking statements are based on the beliefs, estimates and opinions of the Company's management on the date the statements are made and they involve a number of risks and uncertainties. Consequently, there can be no assurances that such statements will prove to be accurate and actual results and future events could differ materially from those anticipated in such statements. Except to the extent required by applicable securities laws and the policies of the TSX Venture Exchange, the Company undertakes no obligation to update these forward-looking statements if management's beliefs, estimates or opinions, or other factors, should change. Factors that could cause future results to differ materially from those anticipated in these forward-looking statements include the risk of accidents and other risks associated with Coeur’s mineral exploration, development and extraction operations, the risk that Coeur will encounter unanticipated geological factors, or the possibility that Coeur may not be able to secure permitting and other governmental clearances, necessary to carry out its stated plans for the Lincoln Hill Property, the risk of unknown title defects that could impair the Company’s inability to enforce the Lincoln Hill 1% Royalty, and the risk of political uncertainties and regulatory or legal disputes or changes in the jurisdictions where the Company carries on its business that might interfere with the Company's business and prospects. The reader is urged to refer to the Company's reports, publicly available through the Canadian Securities Administrators' System for Electronic Document Analysis and Retrieval (SEDAR) at www.sedar.com for a more complete discussion of such risk factors and their potential effects. 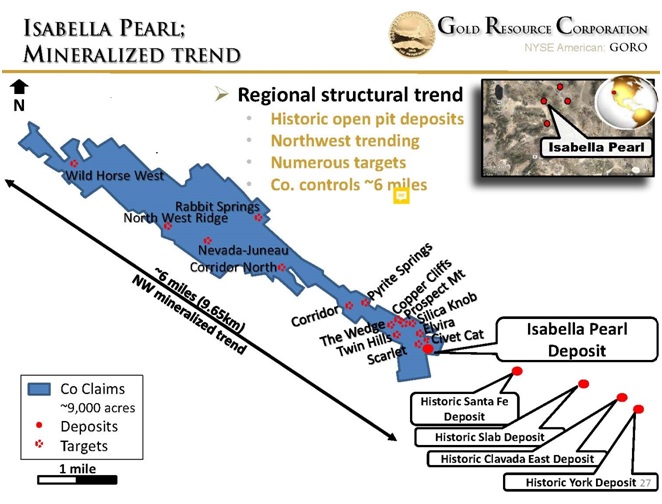 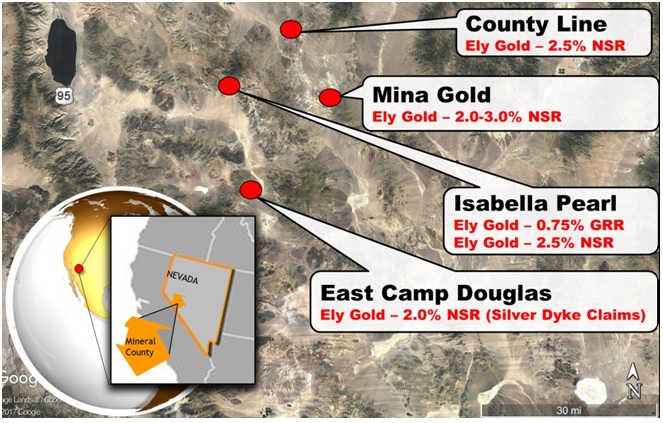